A downloadable prototype for Windows

This is a submission build for the DOS Games Jam, but it wasn't created initially for it.

Originally the project started as a parody of the original Doom (1993), hence the silly naughty joke title, but gradually formed into its own thing.

Now this build is a single level prototype but the end goal (should we expand the team to focus on this project) would be to have AT LEAST 8 maps. It would be nice to have multiple episodes as well.

Get weapons and slay some Treemons!

Oh also here is the repo so go nuts - https://github.com/Tylur14/MourningWood

It captures that retro shooter vibe for sure in all aspects, except the song which doesn't match the game in my opinion, it's a good song but it's like something you would listen to in a RPG.

Also it took way longer than I want to admit for me to realize there is secret doors, I was running out of ammo, dying very fast and thinking there was something wrong haha

Thanks! This means so much! I made this prototype at a time of great pain in my life as a distraction from the hardships and a focus for my passions. I have a lot of love for this and hope to one day revisit it and make something out of it.

Also WOW! You're the creator of my all time favorite retro nature asset pack! Not to mention your other amazing retro work! I can guarantee that I will be using some in whatever iteration of Mourning Wood comes next!

I'm sorry to hear about that, it's been a while since you made it and I hope life is better now, I really do. And yeah, revisiting it may be great, it's good as it is so improving the game will be very welcome, more stages, more enemies, maybe some kind of history I would re-play it for sure!

And thank you! I'm passionate about making part of the indie dev comunitty, making assets and stuff, when someone find my assets useful it always puts my a smile on my face, you made my day :)

The game is pretty great. I've died a few times because of ammo but That may have been my fault. The only problem I had was there is a white door and it says it requires a gold key. I have a gold key at least I think so (It might be bronze) and it doesn't open. Can I get a lil help If it's a secret just tell me it's a secret plz and thank you

Great Game, It is like Doom 1993 (Which I'm assuming you were going for?) It could be a Doom wad if you wanted it to be. The only problem is the door that requires a gold key (it might just need a secret key and i'm dumb :) and the end is kinda tedious as you might not have enough ammo to fight all the....um.. tree stumps? lol. When I get to this point I don't have enough ammo as the tree stumps come down stairs. But i'm just nitpicking and these "problems" might just be me. Keep up the great work and I hope you continue working on this project.

The Game is really good for a prototype. The problems I brought up were actually not problems.  I decided to go back into the level and I found (SPOILER DON'T read this if u would like to find out the secret weapons yourself) the smg and the chainsaw. I also found the gold keys so that changes things a bit. Ammo wasn't a problem at all this time and the white door gold key thing was not a bug.

The game is perfectly fine. Everything in it works correctly. No bugs or glitches as far as I know. You might have an issue with ammo if you can't find any of the secrets, but overall everything is fine and dandy. Great Prototype. I hope you continue working on this project.

Awesome! I'm glad you like it so much! Hopefully more work can get done on it and we can get you more levels to chop through.

If you don't mind -- if there was at least one major thing you'd like to see changed, what would it be?

Added to the issue tracker! Thanks! 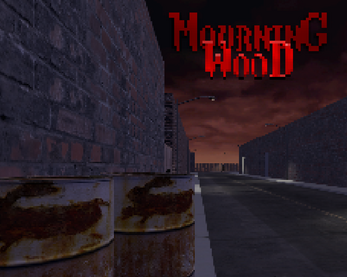